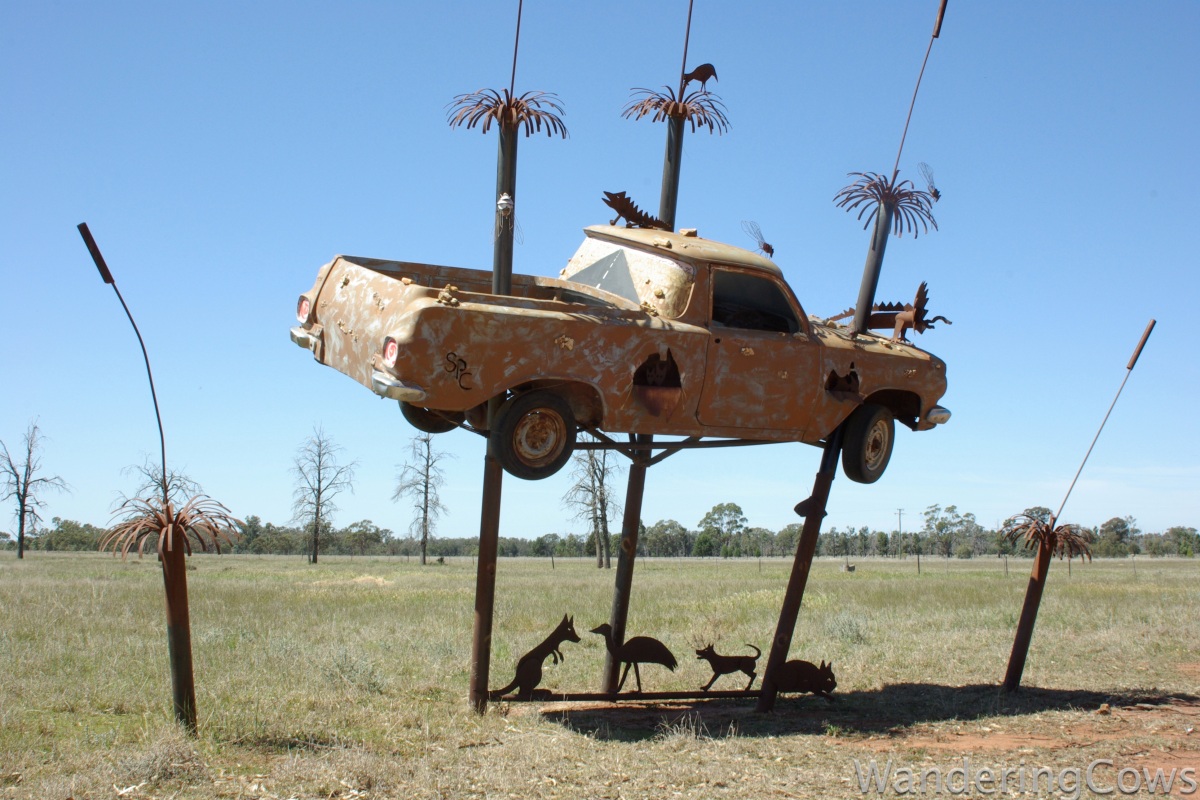 On our legendary “Wicked Camper” adventure, we came across some funky Utes in a huge paddock in Ootha in outback New South Wales. The utes (slang for utility trucks) had been designed and altered to suit a certain theme. Some of these were lifted into the air, others were sitting on their tail or nose, while some just sat plainly on the ground.

My favourite Ute design was the Kangaroo. In this one, the Ute had been placed on its tail end and had been painted to suit a kangaroo’s body. On it, 2 arms, 2 legs and a head had been attached in appropriate places, as well as the roof being pulled forward to add a joey in. Other good ones include the Bundaberg Rum bottle, the Fuel Station and the Outhouse. 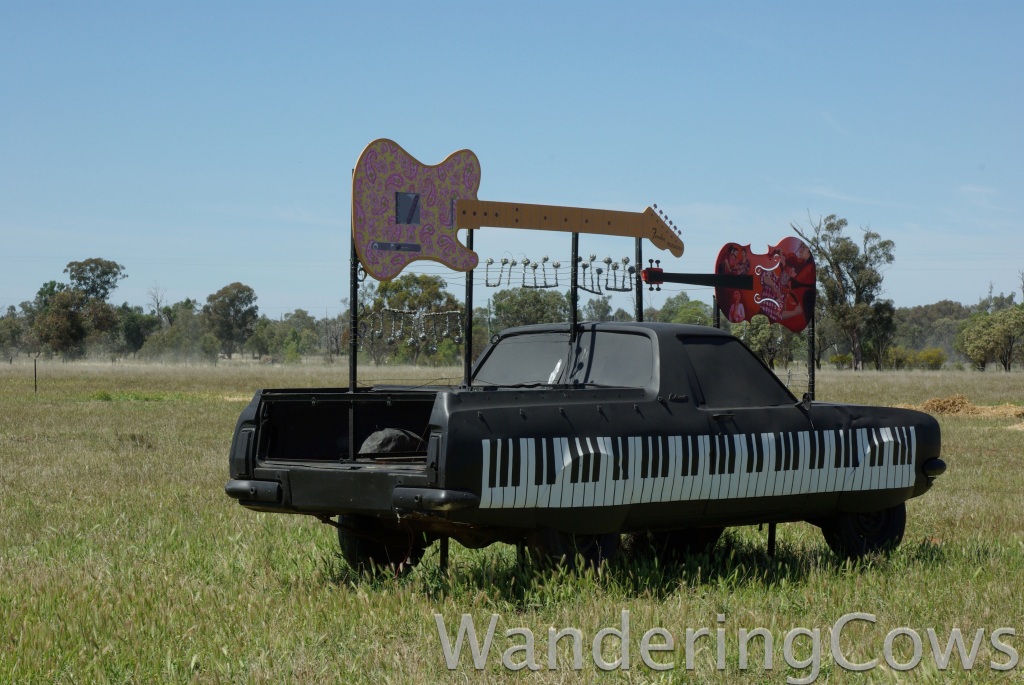 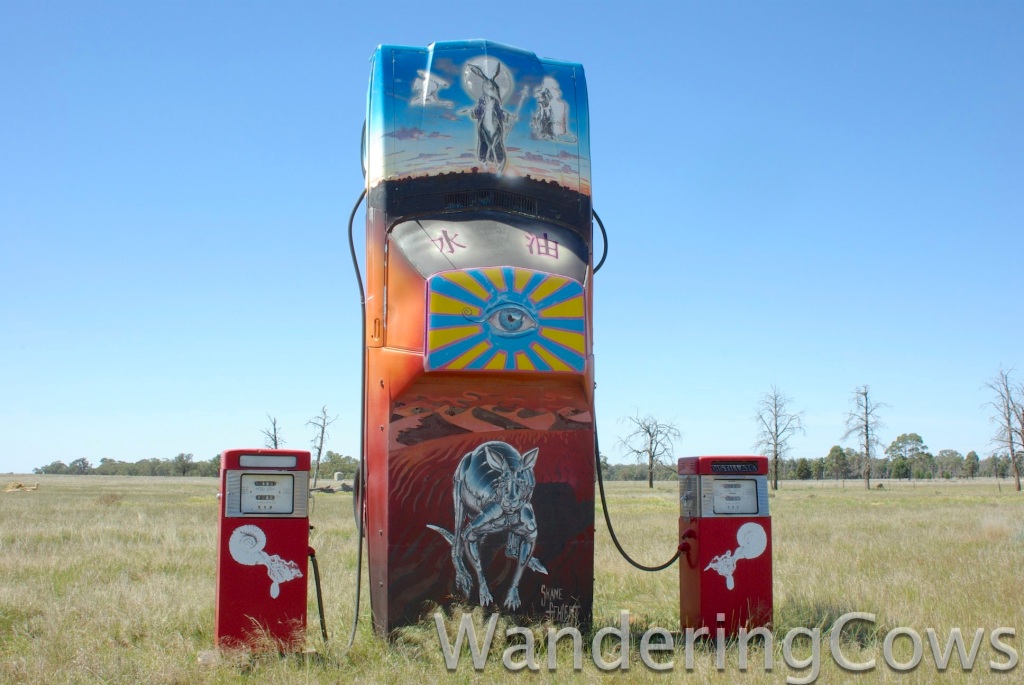 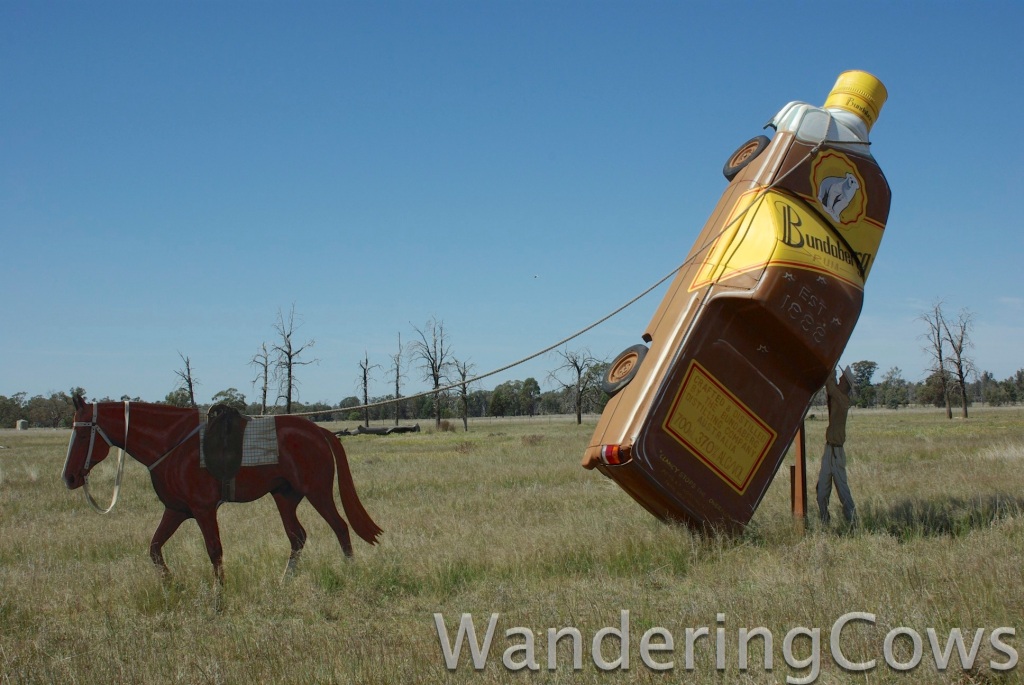 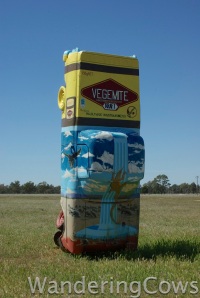 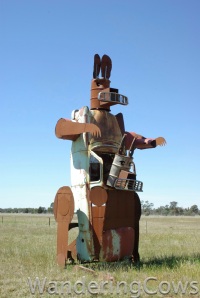 6 thoughts on “Ute Art in Ootha”