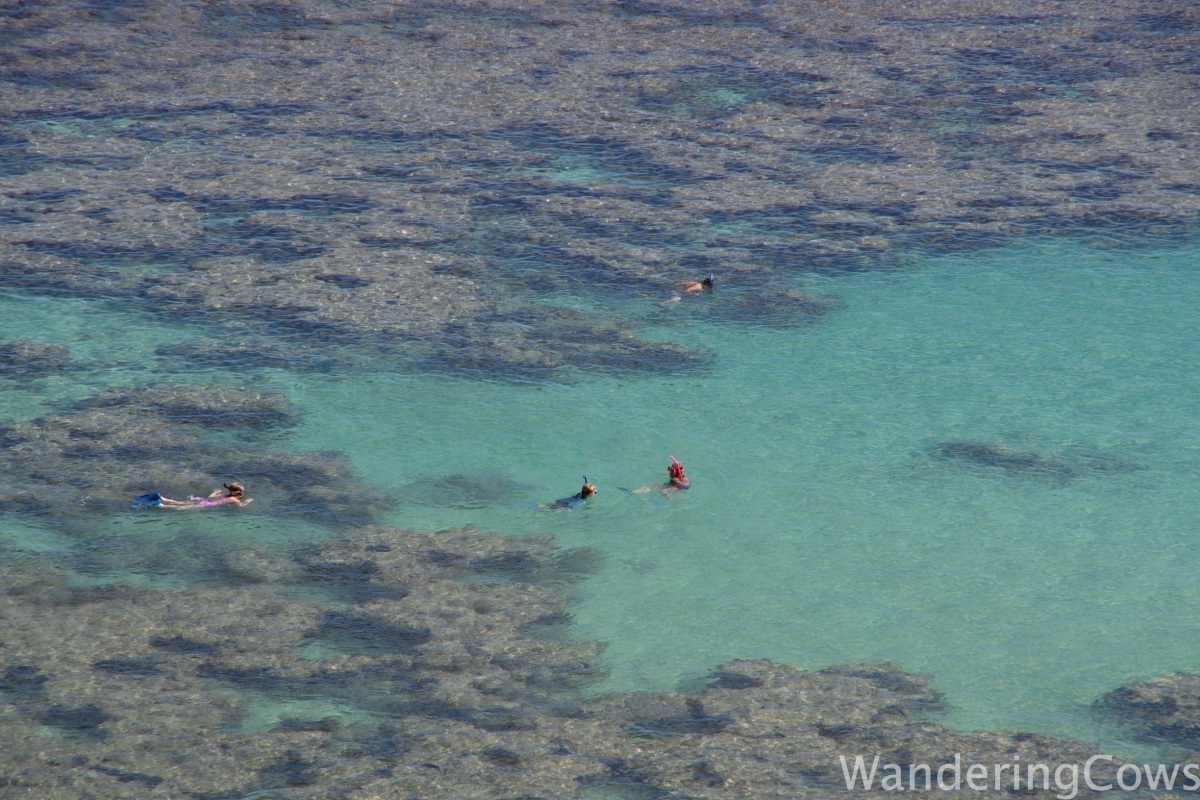 President Obama was in Hawaii at the same time as us. Alright, so we didn’t hang out with America’s most famous Hawaiian, but we did visit Hanauma Bay several days after he and his family snorkelled there.

The reef is in shallow water and you can see the marine life easily. It was like watching an underwater circus, with shoals of fish weaving back and forth. The offset is that you have to be very careful about not destroying the coral. There is an information hut with snorkel hire.  It also had several big boards with pictures of sea life so that we could identify the sea slugs and the butterflyfish underwater. Or even the humuhumunukunukuapua’a, the reef triggerfish which is Hawaii’s state fish. Bit of a mouthful. 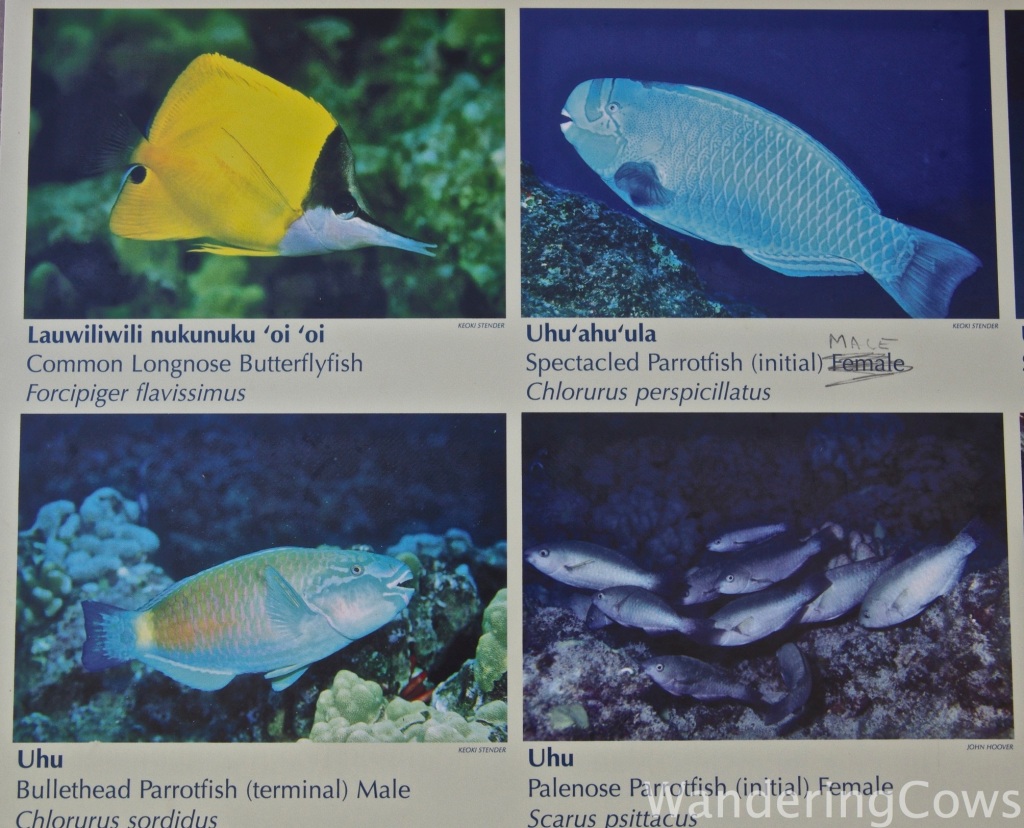